The mission of United Way of the Capital Region is to improve lives in Cumberland, Dauphin and Perry counties by identifying the most pressing community needs, finding solutions to those needs, and demonstrating how these solutions are making a difference.

We champion the needs of our community by inspiring and motivating others to action.

We are accountable and transparent with the resources entrusted to us and operate in an exemplary manner.

We care passionately about our mission, each other and the diverse community we serve.

We think and act strategically to focus on results.

This is how we LIVE UNITED.

Since 1921, our neighbors and friends living in Dauphin, Cumberland, and Perry counties have relied on the services and support of United Way of the Capital Region. United Way has been changing lives and addressing our community’s most pressing needs from the beginning. While our methods have evolved, one thing remains constant: our commitment to helping those who need it most.

What follows is an overview of our work.

Amidst the Great Depression, 1,000 additional families sought assistance from the organization. In 1936, the Harrisburg Welfare Federation brought together local groups to study community needs.

War relief efforts served as the focus for most agencies during the first several years of the decade. The Harrisburg Welfare Federation changed its name to the Community Chest sometime between 1941 and 1942.

Community leaders voiced their concerns about the plethora of fundraising campaigns. In response, the Community Chest changed its name to the Tri-County United Fund in 1955.

In 1989, the Tri-County United Way was renamed United Way of the Capital Region.

Following a devasting flood, United Way brought together service providers for a coordinated response to the emergency. The same year, United Way launched its “Success by 6” program to help children prepare to start school.

In response to the terrorist attacks on September 11, 2001, United Way established a special fund for victims and their families.

United Way began a transition from an annual fundraiser to an organization measuring its impact in the community.

United Way conducted a comprehensive survey of housing in Perry County, which identified showed a lack of affordable housing. As a result, the Perry County Housing Partnership Board was formed.

During the economic recession, United Way launched a basic needs campaign for program partners struggling to provide necessities to those in need.

United Way and six community organizations conducted a comprehensive study of our community. “Life in the Capital Region: 2014 Assessment of Our Community” examined the changing demographics and health and human service needs through the lens of health, education, income and basic needs.

Based on the findings of the community assessment, United Way’s board of directors identified the following areas of focus to strategically drive the organization’s future:

United Way convened expert task groups to develop solutions and strategies to address the root causes of the most pressing needs in our community. In 2016, United Way began its transition from a funder-allocator to collective impact business model of work.

Make a donation to help us address the pressing needs in our community.

Help make a difference in your community through our volunteer opportunities. 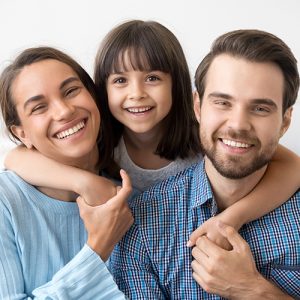 Learn more about the work we’re doing to create change in our community.

Join the United Way of the Capital Region email list for the latest news and happenings.